For the past 8 years, PacTec, Inc. has been a partnering with several government and private agencies on hazardous waste cleanup at FUDS (Formerly Used Defense Sites) in Alaska.

Which agencies are working with PacTec?
Agencies include The Alaskan Native Corporations, Remediation Contractors, and others as well as the U.S. Army Corps of Engineers, FAA and the Air Force.

Which PacTec products are being used?
PacTec provides these projects with thousands of LiftPac® disposal bags and other PacTec specific products annually to safely contain the waste and safely return it for proper disposal. The Corps was in need of Type IP-1 LiftPacs® and Type IP-2 LiftPacs®packaging that could be shipped to Alaska at minimum cost, so flexible packaging seemed to best meet their needs, as they are compact, yet robust and effective.

What are FUDS (Formerly Used Defense Sites)?
During World War II and the Cold War, the US government established many General Surveillance Radar Stations and First Alert Warning Stations in Alaska to monitor missile activity from Russia.

Why do these sites need cleaning up?
Since waste streams were not regulated during their use and after decommissioning, solvents, transformers, oils, diesel and other hazardous materials were simply contained in metal drums and buried on site. Over time, some of the material contained in the drums has seeped into the ground. With the introduction of environmental regulations and legislation, those sites are now being restored, this has resulted in the remediation of some sites requiring soils and debris to be shipped but the hazardous waste must meet specific disposal guidelines and shipped back to the Continental US. 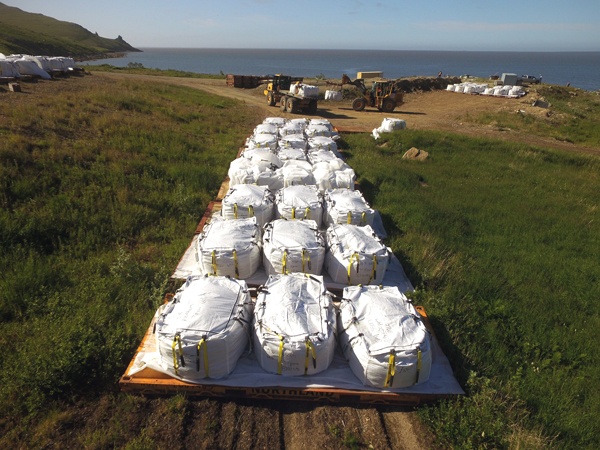